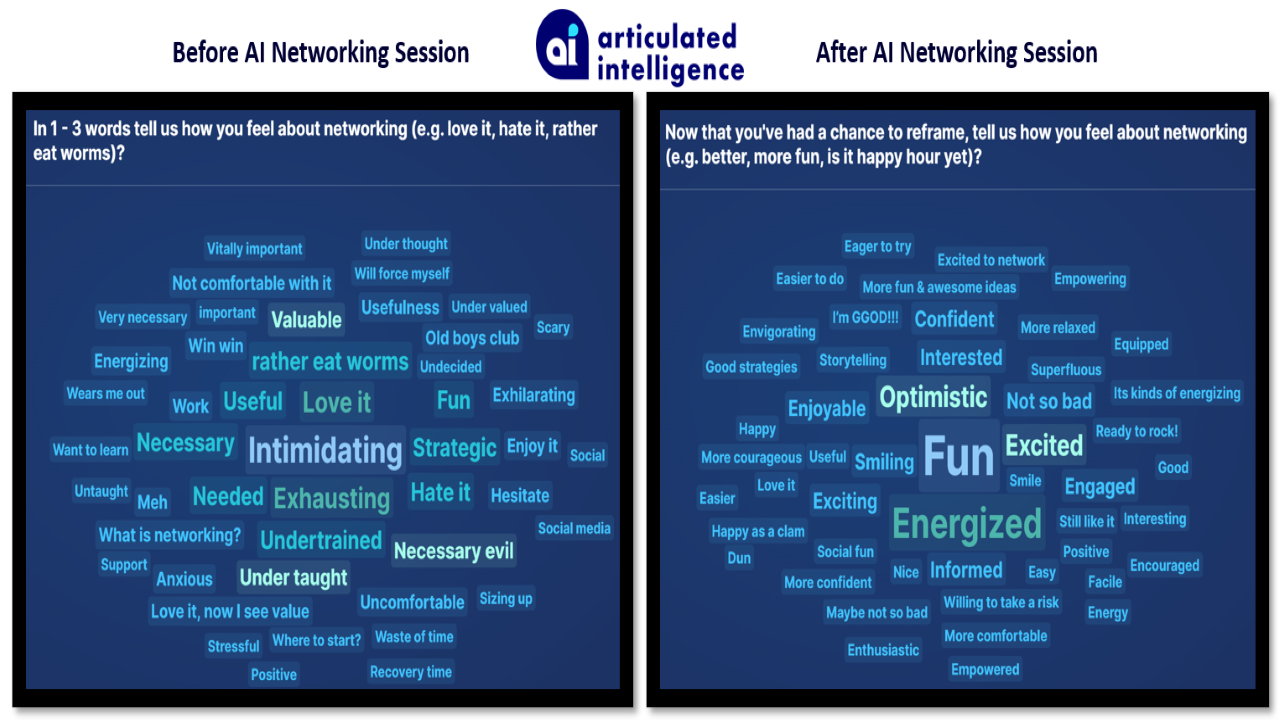 How to Turn Networking into a Scavenger Hunt

Identify the things you want to “find” at each networking event (e.g., 2 people to introduce to each other, 3 business card/connections, a reputable vendor who can help your company with X).

Once you find all your items, your prize is permission to leave

Currently when I am asked what I do I say ~ “Personally, I am an aspiring 🎸 Ukulelist, although I don’t think I’ll be going on tour anytime soon”.    This now gives me the opportunity to ask if they play any instruments, what kind of music they like, the best concert they have seen recently and, to ask them what they do “personally”.

Eventually we’ll get around to what we do professionally, but we’ve started with a personal connection which creates the foundation for a lasting relationship.

Being Cool AF By Using Tech to Connect

Admit it, we all love it when we know little tech secrets, like using the space bar on your phone to move the cursor in texts and emails.  And when we get to show others we feel, relevant, hip, just plain cool.

Using the built in QR Code in LinkedIn to connect is one of those tech secrets that will blow people’s mind if they don’t know it and make you feel like you’re in the inner circle of “cool” if they do.  It’s motivation in and of itself to go to networking events just to show people how this works.

If you don’t know what I am talking about, and you want to join us cool kids, check out this blog post with instructions.

If you or your organization wants to learn more about reframing networking reach out to us, we’d be happy to do coaching or a networking reframing session.   You can also check our webinar page as we hold networking webinars periodically throughout the year.

I think it’s safe to say, 9 out of 10 physicians recommend reframing networking!