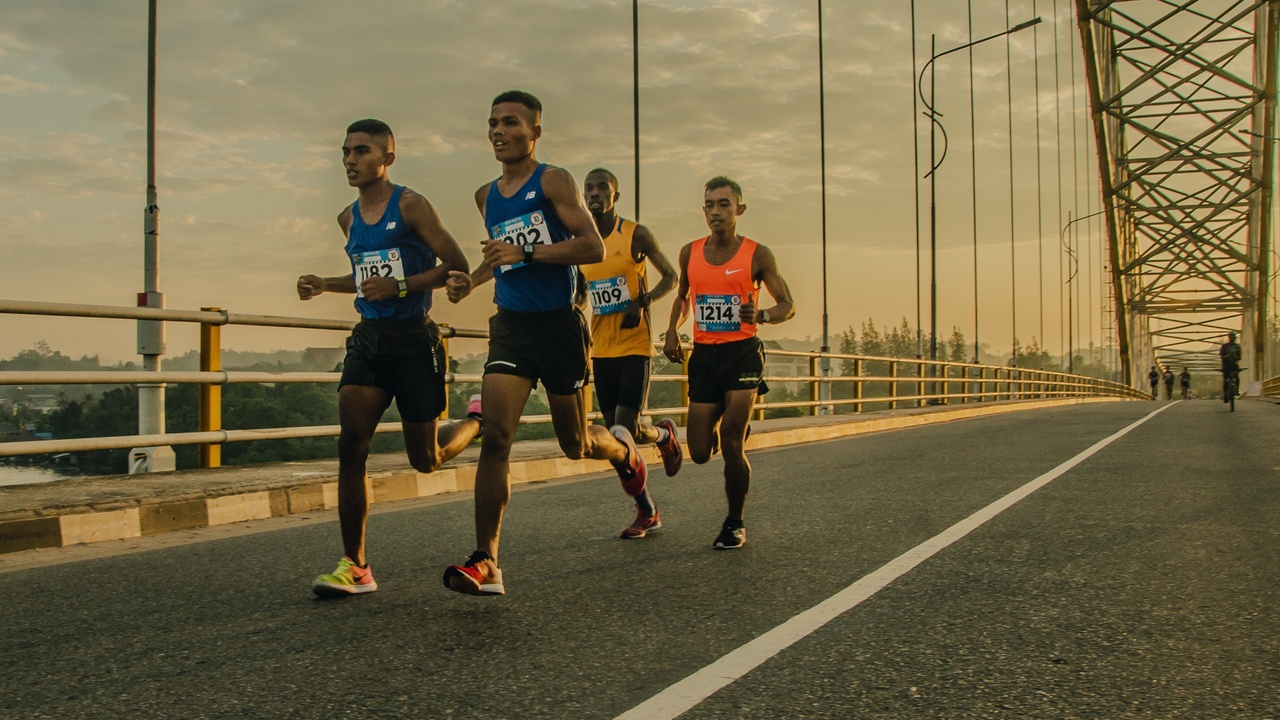 What Do a 5K and a Speaking Opportunity Have in Common?

Check out the video links at the end of the blog to see Keith's first and fourth telling of his 2022 Toastmasters International Speech Contest speech to see the difference practice makes.

I have always had a passion for competition and it’s not because I love to win, I mean I do, but I’ve had to accept that nobody wins all the time. The reason I love competition is because of the change that one experiences over the course of training for the competition. I often compare a professional athlete with a professional speaker (psst… if your job includes presenting ideas, giving updates to groups of people or the like, then you are a professional speaker).  You see a professional athlete spends more time scrimmaging and reading the playbook than they ever do playing the actual game.  It’s really not so different with speaking. Practice helps take you to the top of your game.

As a professional speaker I have adopted the playbook and practice field of Toastmasters as the place where I hone my communication skills. Once a year this organization hosts the world’s largest global public speaking competition known as the Toastmasters International Speech Competition. By entering you are pitting your skills and storytelling ability against 30,000 other competitors.  The competition starts in December and a winner is crowned in August.   Along the way you have to be victorious on 7 separate occasions or face elimination.

Over my 8 years as a Toastmaster I have never made it beyond the first round, that is until this year. This year I made it to round 5, the Regional Qualifier but alas, was not selected to go on to the Semi-Finals. While I was disappointed not to move on, I started reflecting upon why I signed up in the first place and that is my love for the change that one experiences when they put themselves into a state of competition.

In December 2021 I signed up for the competition with only an idea of a story I wanted to tell, which is akin to signing up for a 5K without having run that far before.  Signing up gives you the purpose, the drive to get our butts off the couch and start training and that's what I did with my story.

For a 5K you start walking and maybe jogging a bit, for a storytelling competition you start by sharing possible story ideas with peers, friends, mentors to get feedback. The story that resonated with most people was my recent interest in flying remote control airplanes ~ aka my midlife fascination.

Once I had that as a foundation I did what one does when training for a competition, I got in the practice, which for an oral communicator meant saying the story out loud, mostly to myself. The reason why out loud is so important is the same as for the 5K analogy - Thinking about running is not the same as going for a run! Thinking about a story is not the same as saying the story out loud, when you hear the words, the transitions, the ideas, the message, your brain starts to reorganize it. What’s magical is that your brain does this every time you tell the story and because your mind is a powerful and efficient instrument, it finds ways to make the story better.

The next step for me involved more crowdsourcing, which if we stick to the 5K analogy, is like going running with someone else. They will push you, perhaps show you a different stride or breathing technique to improve your performance.

Although I was struggling with a captive opening and a strong message that would move people to action, when I stepped up to deliver my story for the first competition I was proud of the work and practice I had put in.  It didn’t matter if I won or lost because I was ready to deliver the best version of my story, today.

Before I started practicing for the next round of competition I took a break from telling this story and focused on other stories and speaking skills, in the same way an athlete would take a break from running and focus on flexibility or strength to avoid sport specific injury.

As I prepared for my second competition I watched my first telling of the story and practiced along with it.  What is incredible about this process is that you’ll automatically start to reshape and refine the story. I began changing my vocal inflections, reorganizing the points I was making, and trying out different ways to bring it all together.   After delivering my story for the second round I experienced the same sensation as before, I did not care if I had won or lost because I had told the best version of my story that day.

This process of practice repeated itself 2 more times and each time my story evolved and changed leaving me feeling that I had told the best version of my story.

Whether you are training for a 5K or speech competition or a boardroom presentation or a keynote, practicing out loud will give you the confidence to know that what you are saying is the best version that you can deliver that day.

Want a practice/training partner?   We'd love to help you prepare for that "competition" (boardroom presentation, keynote, or pitch).  We can even it do it over a run.